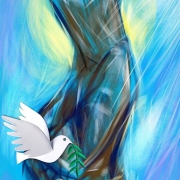 Robert was a friend. I met him first via Facebook, before ever meeting him in person. Later we would meet through the ministry of healing. He had a great online presence, and connected with many people that way.

Presence and gratitude are two realities that make me think of Robert the most. You could feel he was present to you in a conversation, but he also brought a deep awareness of God’s presence with him. We would meet for coffee, sometimes before the Thursday healing service in Christ Church when he was the celebrant, sometimes in town. A few years ago I was going through a deep healing of a painful memory, and Robert was among those who knew about it. A significant moment on my journey of healing happened and I was grateful to God. I remembered how Jesus said to ten lepers, “Go and show yourself to the priest” (Luke 17:14). In my case, I wanted to share what happened to a priest as a sign of my thanksgiving to God. I was meeting Robert for coffee and decided he was going to be the priest. I also asked him for anointing and he brought the oil with him to a coffee shop. It was easy to be real with Robert because he was real. There was nothing of pretence about him. After a deep conversation in the coffee shop, Robert anointed me, which was a support and a blessing to continue on the journey of healing. And even among coffee-cups, God was present.

In Christ Church Cathedral, during the healing Eucharist, Robert often prayed in thanksgiving about his journey with cancer. Not many of us would know how to give thank for things that are humanly difficult, but Robert had an insight that this journey brought him closer to God, deeper into his true self and closer to others too. Now that Robert is gone to be with the Father in Heaven, I think I will often associate Thursday healing Eucharist with Robert’s prayers of thanksgiving. This is very fitting in that prayerful context as ‘eucharisteo’ in Greek means ‘to give thanks’.

I have to admit, I will miss Robert. Many of us will. If you are reading this and you are not a family member or a close friend, I want to give you a permission to grieve. If tears come, let them. I was thinking of him last week on the bus going home, and I cried. This does not mean we don’t believe that Robert lived for God and has returned to God. It means that his presence here on earth meant a lot to us. Sometimes we acknowledge it by recalling a memory, sometimes with a few tears.

Both Robert and myself were inspired by St John of the Cross and found great comfort in his teaching on the dark night. It is counter-intuitive to think that difficulties in life can bring a deep healing to our soul. And yet, it is the nature of Jesus’ cross and resurrection that God lets Himself be found when we least expect it. Robert lived in such a way that he found God in all of his experiences. At his funeral it was said how he learned to live in the moment. We have so much to learn from Robert. Also at the funeral there was a five minute silence after the Holy communion, which I am sure Robert asked for. It is through silence that we connect with God and allow Him to enter our reality. Robert was teaching us this even in his death.

Thank you for your friendship, Robert. Jesus told us, “In my Father’s house there are many rooms” (John 14:2). I pray Robert enjoys exploring those that are in the fullness of God’s presence in Heaven, and until we meet again may he RIP.

Condolences to his family and friends on behalf of the Church’s Ministry of Healing: Ireland. 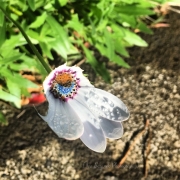 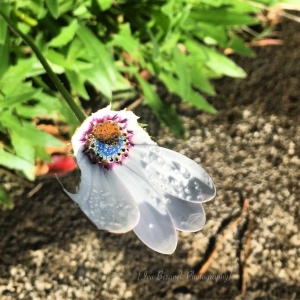 Come to a day of reflection and rest on Saturday 23rd February 2019 in St Patrick’s Church, Dalkey.
Wellspring, our one day retreat, has become a regular space for nourishment where we can come to meet God and explore what is deepest in ourselves. Give yourself a gift at the beginning of this year. This is a day where you can engage with God in a very personal way and gather treasures to help you in everyday living.

There will be time to walk outside; to participate in guided reflections; to avail of one-to-one discussion with a spiritual director; or just take time to relax and read.

The facilitators for the day are Dr Iva Beranek and Carol Casey. Suggested donation to CMH:I is €25. Please bring your own sandwich for lunch and we will provide tea and coffee. The retreat starts at 9.30am and finishes at 4.00pm.

Please note that places must be booked in advance (hello@ministryofhealing.ie). 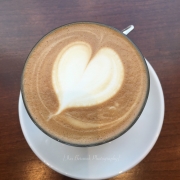 Often we Christians think that we have to hold it all together, that we have to be happy and satisfied because if we are not there might be something wrong with our faith, or with us. This anxiety or guilt arises in many life’s circumstances. Perhaps we don’t hold that belief openly or even very consciously, but it affects how we deal with difficult situations in life. At times life is not easy, but it is easier if we can talk to someone about it. God also invites us to come to Him as we are, not as we think we ‘ought to be’.

Jesus understands all and every emotion we may be experiencing, from happier ones to the more difficult ones. We can always be honest with God and tell Him everything exactly as it is. Jesus tells us, “come to me all who are thirsty, all who need rest”. Our vulnerability can be a point of connection with others, where we meet heart-to-heart. It does not have to isolate us from others. Often it brings us closer together. For example, by bringing our vulnerability to prayer, or by talking to a trusted other in a confidential manner, we connect with each other and we feel less alone. This may seem scary at first, but less scary than feeling alone. There is a power of healing in simply being heard, being listened to, because through it we are acknowledged. We experience that we ‘matter’.

Many of the healing stories in the Bible show people who were vulnerable. In Luke 8:43-48 we read,

“A woman was there who had been subject to bleeding for twelve years, but no one could heal her. She came up behind Jesus and touched the edge of his cloak, and immediately her bleeding stopped.
“Who touched me?” Jesus asked. When they all denied it, Peter said, “Master, the people are crowding and pressing against you.” But Jesus said, “Someone touched me; I know that power has gone out from me.”
Then the woman, seeing that she could not go unnoticed, came trembling and fell at his feet. In the presence of all the people, she told why she had touched him and how she had been instantly healed. Then he said to her, “Daughter, your faith has healed you. Go in peace.”

This woman was vulnerable, both in her actions and in her words. Brené Brown says, “Courage starts with showing up and letting ourselves be seen”. In other words, it is brave to be vulnerable. This year, let us allow each other spaces where we can be seen. The power that rises out of vulnerability is not merely ours, but Christ’s, and He never leaves us as we are.

Iva Beranek
Dr Iva Beranek is the Ministry Facilitator for the CMH: Ireland