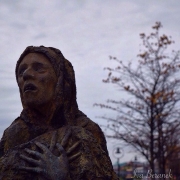 We pray for Refugees.
We pray for the 60 million people who are either internally displaced or who have fled their countries because of conflict, persecution or natural disasters.

We pray for those living in temporary settlements for years on end, in a state of limbo, their lives on hold, hopelessness chipping away at their resolve, who feel forgotten, cast aside, worthless.  We pray for those in Direct Provision in our own country and those in camps on borders around the world.

We pray for people in Bangladesh who have had to flee their homes because of rising seas, land erosion and floods, all caused by our over-consumption and our excessive relentless emissions.  Many of them flee to the cities where they live in squalor and are exploited, often to the point of slavery, by the garment industries, the same ones that provide our clothes.

We pray for people in Argentina, Brazil, Paraguay, Ethiopia, who are becoming displaced from their land and thousands of hectares are being deforested by large multi-nationals to grow cash crops that will then be exported for our food.  Food that we then waste at such a rate that it is estimated Western countries throw away the equivalent of what the entire continent of Africa produces in a year.  We are reminded of Ireland in the 1850s, where 1.5 million people decided that leaving was better than staying to die of starvation, and all the while vast quantities of wheat, oats and barley were being exported out of Ireland to feed the British population. The devastation that food for profit instead of food for survival causes is still imposed on nations today.  Since 2013, the U.S. has sent food aid to South Sudan all the while exporting vast crops from thousands of hectares of land they have acquired in South Sudan for sale supermarkets across America.

We pray for people who are displaced in the Democratic Republic of Congo due to lack of Governance and ongoing civil war. 5 million people have dies since the late 1990s and millions more have been displaced and live in destitution and in fear of militia. These wars have been exacerbated by the mass mining of DRCs natural resources to provide the minerals (cobalt, gold, tin) needed for our phones, our electronics and our jewellery. We pray for those impoverished communities in South Africa who have not fled when international mining companies have set up shop on their doorsteps and are now living in areas ten times more toxic and radioactive than Chernobyl because of uranium dumping.

In many instances, the destitution that people are fleeing to, bears no thought for what they must be fleeing from. Often the poorest communities bear the brunt of welcoming thousands and tens and thousands of others who have lost their homes.

So as we pray for refugees worldwide, we recognise our own interconnectedness, our own compliance through relentless consumerism that perpetuates the suffering and displacement of millions around the world.

All of us are on a journey.  None of us have arrived.

We pray that our cry for change would challenge us and move us to respond in a way that we become the answer to our own prayers.  May we be willing to curb our lifestyles and to demand that production and supply of goods promote peace, through food security, land rights and fairly obtained, fairly traded goods.

God is closer to you than your breath. May He bring you peace.
But may He also keep you restless and hungry for the peace of all people. 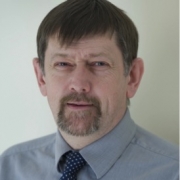 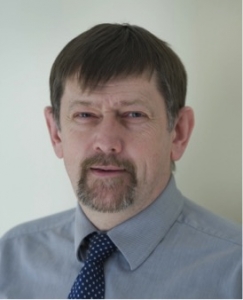 This retreat will offer reflections upon our encounters with and responses to human suffering and will be led by the Rev Bruce Pierce, Director of Education at St Luke’s Home Education Centre, who brings a great deal of experience, wisdom and gentleness to the subject.

All queries and bookings should go through David Brown, Director of Lay Training at CITI. 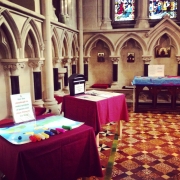 “There is something in the human spirit that will survive and prevail, there is a tiny and brilliant light burning in the heart of people that will not go out no matter how dark the world becomes.”
(Leo Tolstoy)

Earlier this month we held a Vigil for Peace in Christ Church Cathedral. We prayed for peace in Syria and other countries, and for the many refugees coming to Europe. We are aware that some of you wanted to be there but due to your commitments you were not able to join us in person. Perhaps you joined us in prayer in your workplace, while commuting during the working day, or in whatever situation you found yourself that day. Know that all of our prayers were joined together and like incense they went before God.

We will share here on our website some of the prayerful reflections that participants offered on the day. We hope that these heartfelt words will spill over to wherever you are and enrich you too, as well as inspire all of us to keep praying. The Vigil for peace was like a lighthouse where we gathered together to pray for peace, and its light is reminding us that prayer is still needed, for the plight of the refugees is ongoing.

During the day we had interactive prayer stations in the Lady Chapel at the back of the Cathedral to help us engage with prayer in a creative way. We are very grateful to Emma Lynch from Tearfund Ireland, Lydia Monds from the Bishops’ Appeal and the Rev. Abigail Sines for helping us set these up. Visitors and participants found it a very useful tool; the prayer stations were hardly without someone roaming around and praying there. Below you can see images of some of the prayer stations. 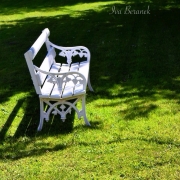 It seems we have made little progress since the 1850s when between 1.5 and 2 million people left Ireland, weighing up their options and deciding that going was better than staying. Many of them also risked their lives on unseaworthy ships.
In the letter to the Hebrews we are told “Do not forget to show hospitality to strangers, for by so doing some people have shown hospitality to angels without knowing it.”
When we think of all the various occasions and events of history that have resulted in refugees, we remember all those who have shown hospitality to Angels. Think of those who were refugees and relied on that hospitality.
Few of us in Ireland are untouched by the experience of flight. Family members who came from elsewhere to make their life here, or who have gone by choice or through lack of choice to live elsewhere.
Yes, there can be sadness but there can also be the beauty of diversity, the opportunity for learning, sharing, growth. We are famous as the Ireland of the Welcomes, and for our Cead Mile Failte. Hospitality is a cornerstone of Celtic spirituality. A challenge to us today, to welcome the stranger, to hold our hearts open, and to see the face of Christ in every person.
“I saw a stranger last night. I put food in the eating place, drink in the drinking place, music in the listening place, and in the sacred name of the Triune, he blessed myself and my house and my cattle and my dear ones. And the lark said in her song, ‘Often, often, often goes the Christ in the stranger’s guise.’”
https://ministryofhealing.ie/wp-content/uploads/2015/10/2015-05-23-12.11.18-4.jpg 920 920 CMH_Admin2020 https://ministryofhealing.ie/wp-content/uploads/2020/09/logo-web.png CMH_Admin20202015-10-13 17:09:342020-11-04 18:18:36Hospitality to angels
Scroll to top